Is there anything better than a pizza made with hot red meat?

The signature American meat snack is the spicy sausage, which is very similar to the delicious chorizo.

These are two different types of meats and have different ingredients.

Chorizo is made from pork and usually contains paprika, cumin, garlic, and other spices.

Pepperoni, on the other hand, is a spicy meat topping and can contain pepper, garlic, onion, or other spices.

The meat and pepper-based smells of the two sausages are very similar. The chorizo was one of the things that made it interesting.

Both the pepperoni debate and the spicier one boil down to seasoning.

Read this article to know more about Chorizo and Pepperoni.

A type of sausage made with pork and seasoned with smoked paprika or a different kind of pepper is called Chorizo.

Chorizo can be different in name, preparation, and flavor depending on where you are in the world.

Spanish and Mexican chorizo are two of the most popular varieties in the U.S. Both sausages are dark red in color, spicy, and made with pork.

The way the meat is processed is different than the way it is served. Mexican chorizo is fresh and you have to cook it before eating it.

Spanish chorizo is usually smoked curated and is a lot less dry. Since we are comparing the two, the latter is a bit closer to pepperoni.

Spanish chorizo is made from cured or semi-cured chopped pork and is usually flavored with Spanish paprika.

Every province in Spain has a different type of chorizo. The sausages are available in many shapes and sizes.

It can be soft or dry, sweet or salty, long or slim, or short or fat.

Mexican chorizo is made from fresh ground pork and is mostly made with chili peppers instead of smoked paprika.

The hefty price of imported spices is a part of the reason, but there is more to it.

The Guajillo chili pepper is one of the most important ingredients in the Mexican dish of chorizo.

Both varieties can be found in the cured meats department at most supermarkets.

If you like artisan products, you can check out your local farmer’s market and look for traditionally made chorizo.

The original Italian word refers to big bell peppers, but it has nothing to do with meat.

While there are similar spicy meat treats in the Apennine Peninsula, the pepperoni sausage is just as American as an apple pie.

It is a type of salami made with cured pork and beef, seasoned with chili peppers and other seasonings.

Pepperoni is characterized by its smooth, smoky texture and bright red color.

Hardcore foodies will argue that turkey meat and chicken compromise authenticity, although some varieties are made with it.

The meat snack has no apparent relation to Italy other than being an Italian-American creation.

It is worth mentioning that curing pork meat is a tradition that dates back to the Roman Empire.

The Romans were thought to have invented the practice of preserving their meats for long periods without the use of refrigeration methods.

Whether frozen or made from scratch, all types of pepperoni have their own set of ingredients that add a certain je ne sais quoi.

Some elements are considered standard, but the way they are blended can affect the smell.

The flavor is determined by the variety of spices and chilies that are included in the mix.

Hormel, the country’s most famous brand, is almost synonymous with pepperoni in the United States.

Hormel Foods has won over the hearts of food lovers across the 50 states since it was founded in 1891.

Medium-chopped beef is seasoned with red pepper and several secret ingredients in the signature recipe. It is the most representative type of pepperoni.

The two sausages are similar in many ways, apart from being the go-to meat snack of foodies around the globe.

Chorizo and pepperoni are made with pork and seasoned with some type of pepper, which makes them a spicy treat.

The texture of Spanish chorizo makes it the closest to the American sausage.

Since the meat is slow-cooked and subsequently smoked, the link is much less dry than the Mexican chorizo.

It is possible to slice it off the bat and serve it as finger food.

The same applies to America’s favorite pizza topping, pepperoni. You don’t have to worry about eating it raw because you can cook it or fry it.

The meat mixture and country of origin are probably the most important differences between chorizo and pepperoni.

Chorizo is a type of cured and grilled pork sausage that originated in the Iberian Peninsula. Mexican chorizo that is sold fresh is the only one that is smoked curated.

Chorizo is usually a tad drier. Pepperoni is a typical American sausage and is often used as a pizza topping.

Pork and beef are the main ingredients in the sausage. It doesn’t require any more preparation, so you can slice it up and eat it.

Cured pork products such as pepperoni and chorizo have different fat content and nutrition values.

When the two meat snacks are compared, pepperoni has more saturated fat. Chorizo has more of a variety of vitamins and minerals, as well as lower cholesterol.

The overall calorie count is very close with pepperoni having a higher index value. Chorizo is rich in minerals that include magnesium, potassium, and zinc.

The hand-crafted variety has more vitamin D than the standard variety. Pepperoni is richer in vitamins than the other way around.

The seasoning alone is not the same as the nutrition of each meat product. 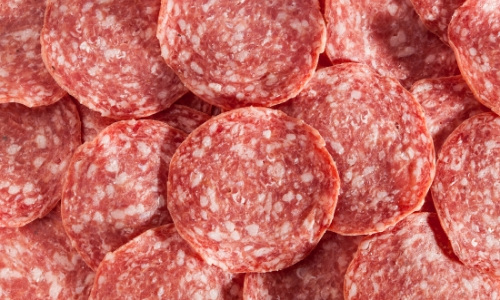 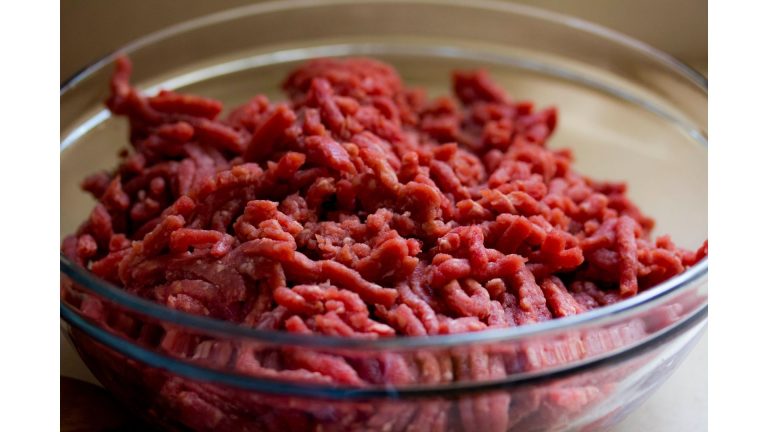 Have you ever wondered how many times a sausage recipe tells you to grind the sausage meat? This varies greatly depending on your preference and the type of meat being ground.  In general, fresh meat needs to be ground several times to ensure a uniform texture. Frozen meat and ground beef only require two grindings…. 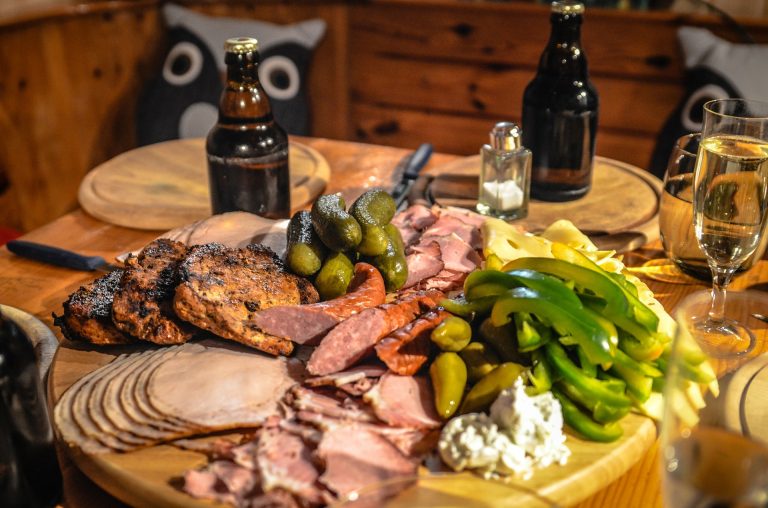 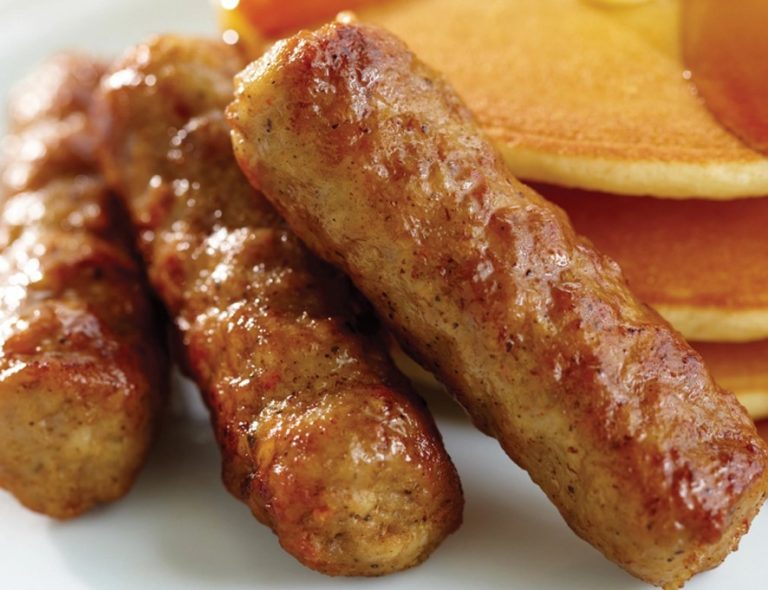 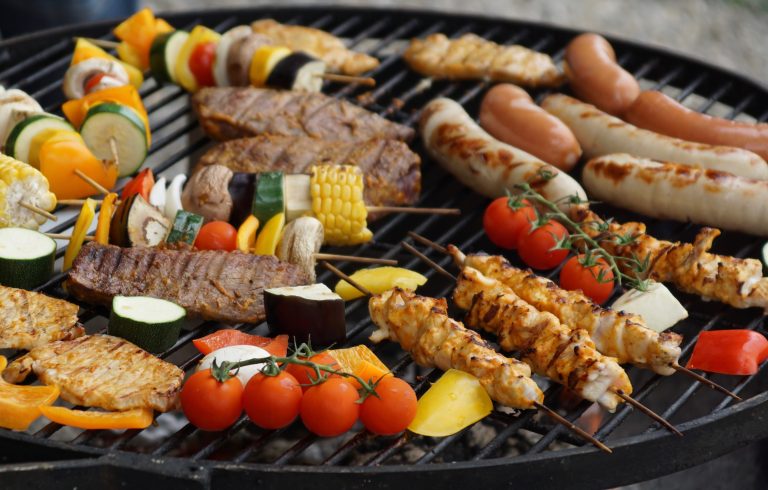 Although different regions tend to play around with other ingredients, andouille sausage was originally hailing from Europe and is a form of smoked sausage made primarily using the digestive tract of a pig. In the US, andouille sausage is heavily influenced by Cajun and Creole cuisine. Pork butt is made from the upper shoulder of…