If you have some cartons of milk that you won’t be able to consume right away, would it be appropriate to keep them in the freezer?

We asked the dairy experts what they thought about this and here’s what they said.

There is an effect on the taste of the milk when it is frozen. It will have a little bit of a milder flavor.

There will be changes in its color and texture. When it thaws, the milk becomes grainy and sometimes yellowish.

It is important to point out that these changes are not harmful. It is safe to drink and use frozen milk for cooking, baking, and preparing drinks.

You can learn the reason behind the taste, texture, and color of milk when you freeze it. We’ll show you how to thaw and freeze milk so that you can use it again in your favorite recipes.

How Does Freezing Affect Milk?

Many people love drinking milk. They eat it as part of their daily diet. It’s no wonder that they would want to save money by storing cartons of milk in the grocery store.

It is okay to keep them in the freezer, but you should expect some changes in their taste, texture, and color.

Most types of milk do well in the cold if they are kept in the freezer and stored correctly. There is a separation between frozen milk and fresh milk.

Some types of milk have other changes in their properties that you should be aware of. When they are placed in cold storage, oats and almond milk become grainy.

The high sugar content of Sweetened Condensed Milk makes it difficult to store in the freezer. The taste and color of human breast milk are different when it is frozen.

The composition of milk is the reason for all of these changes. It is made up of water, which expands when frozen.

This is the reason why you shouldn’t put your milk in a glass or can, as it would break or explode once the water expands.

When milk is frozen, the water and the fats are separated. A small percentage of milk is made up of fat and cholesterol.

Depending on the type of milk you have, the proportion would be determined. Whole milk has higher fat content compared to skim milk.

As the fats break away from the water, they become visible and are the yellow substance that you see in frozen milk.

Why Does Milk Turn Yellow When Frozen?

The water and fat make up the rest of the milk.

When this dairy drink is frozen, the water content forms into ice crystals, and the fat content is separated. The pure fat content of milk is what you see when it’s frozen.

What Is the Taste of Frozen Milk?

A watered-down version of the milk that you kept in the freezer is what Frozen Milk tastes like.

When milk is frozen, its components break apart and no amount of stirring or blending will be able to bring it back to its original form, according to dairy experts.

It is expected that the milk will taste bland with some of the fat and protein floating on it. The case of frozen food is not the same as the case of fresh food.

It might have a soapy smell and taste after being frozen. It doesn’t mean that it hasn’t gone well. It’s still safe to feed your baby this.

The soapy smell is caused by the lipase enzyme which is essential in breaking down the fat in breast milk so that your little one will benefit from them.

Why Do Frozen Milk Tastes Differently?

Milk is de-homogenized when it is not fresh. Unless you have a machine at home, you can’t blend them again unless they are in their original state.

This is the reason why milk tastes different after being reheated. It is not the same milk as it was before you put it inside the freezer.

You should think twice before freezing milk, that’s what they say. It can be decided by personal preference.

If you’ll be satisfied with the taste once it thaws, try freezing a small amount first.

It’s better to have cartons of milk frozen rather than throwing them away because you don’t like the taste after a while.

How Can I Freeze Milk?

Don’t fill the container all the way and transfer the milk into a plastic container. You can use the original packaging if you so choose. Some of the milk should be poured out.

When the milk is in its frozen state, you have to allow some space in the container to make room for the expansion. It’s a good idea to transfer your milk to freezer bags.

They won’t take up a lot of space in the freezer and you can separate them into portions.

Later on, it will be easier to thaw them. Before you put it in the freezer, make sure to put a label on your container.

How Can I Thaw Frozen Milk?

When it’s time for you to use this dairy product, there are two ways to thaw it. Transferring the milk to the fridge is one way to do this.

Depending on the amount of milk that you’ve frozen, this could take a day or two. A quicker way to go about it is to immerse the frozen milk in cold water.

You should make sure that it is in a sealed container.

It’s possible to replace the water every half hour to keep it from melting. Shake it well or stir the milk to make its consistency smooth.

How Long Will Frozen Milk Last After Being Thawed?

It is important to thaw frozen milk safely so that it doesn’t lose its quality.

You should not thaw your milk at room temperature or you will run the risk of spoiling it. Within 2 to 3 days after it has been frozen, milk should be consumed.

Is It Possible to Drink Milk That Has Been Frozen and Thawed?

It is perfectly safe to drink milk if it has been stored in the freezer and thaws properly. It’s okay to drink frozen milk when it’s past its expiration date, according to some.

Expect to see some differences in its texture, as there could be fat separation or it could turn slushy.

It’s best to use frozen and thawed milk as an ingredient for smoothies, baking, or cooking because of this reason.

Defrosted milk doesn’t seem appetizing but if used with the right ingredients you will surely be okay.

Expect to experience changes in the taste and texture of milk when it is frozen. It will have a slightly different flavor and texture.

It’s not a good idea to drink this healthy beverage after it has frozen, but it can still be used for ice cream, pancakes, or smoothies. 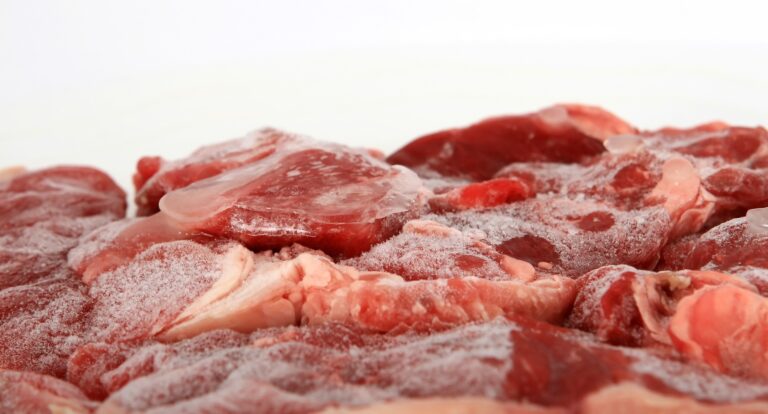 It’s a good idea to always have this red meat in your freezer if you’re a fan of it. We asked the meat experts if they knew how to thaw it properly, and here’s what they said. Three safe ways to thaw venison are available. You have the option of choosing from any of them…. 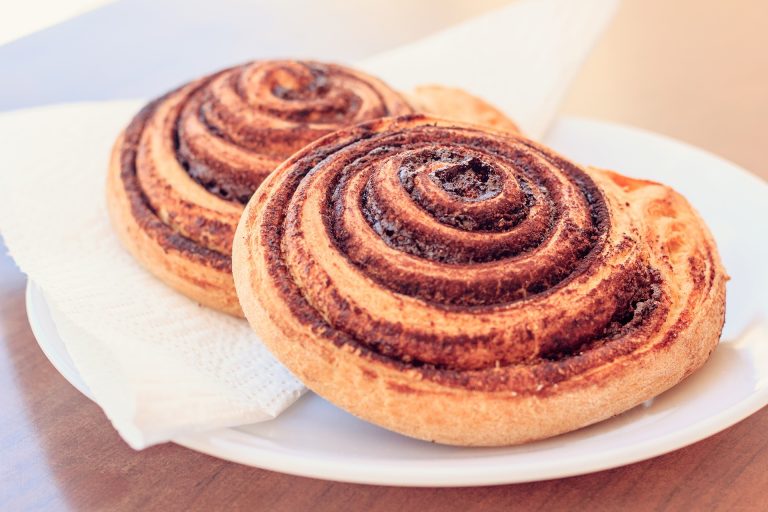 There are irresistibly delicious bread rolls. They are soft and fluffy, and you want to savor their best up to the very last crumb. We understand why you would want to bake or buy a lot of these delicious goodies so that you can have them on hand all the time. We’ve put together everything… 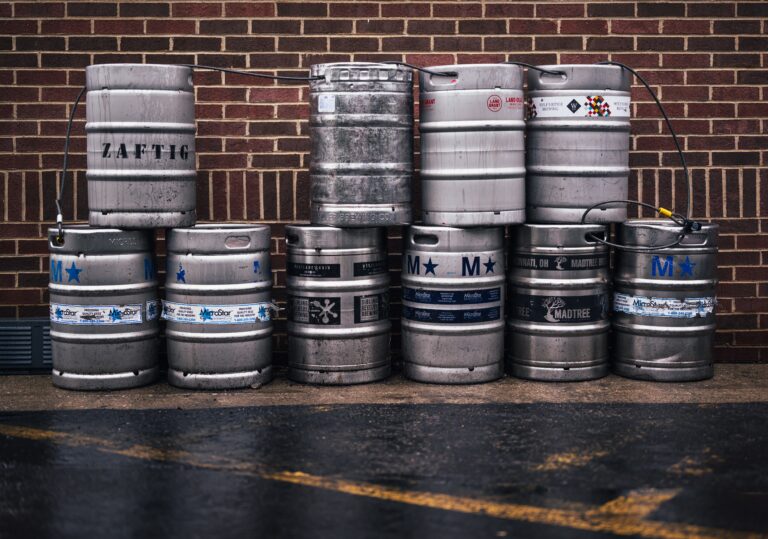 If you want to store your beer at home, you’re going to need more space than your usual freezer can offer. Picking out the right keg storage option will depend on the capacity of the keg. The chest freezer is one of the most popular choices. For the standard size, how many kegs can you… 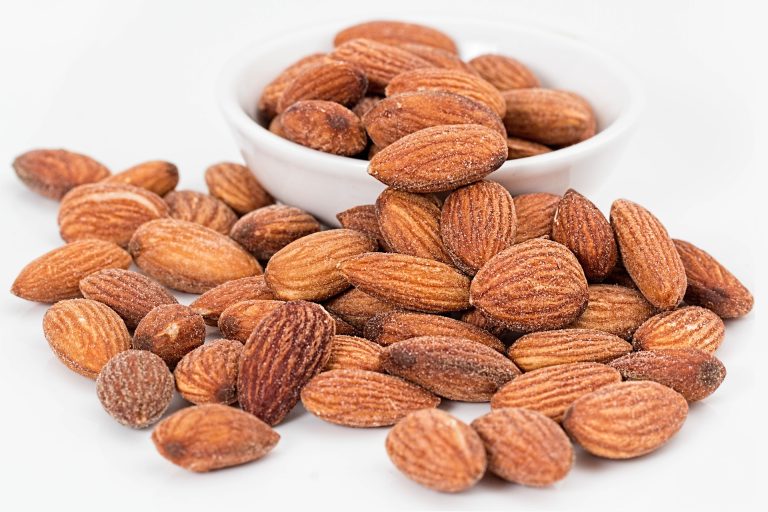 Almonds are an excellent way to prolong their shelf life. High temperatures can make the fat rancid, so storing them in the freezer keeps their good taste and quality. Its low moisture content makes freezing an excellent choice, as thawing will not alter its taste or physical component. How do you keep them from freezing?…

Keeping your cake mixes in the freezer is a great way to save them for later. In fact, you can keep them in the freezer for up to one year. This means that you can always have a delicious cake, even when you don’t have any ingredients. All you need is a little bit of… 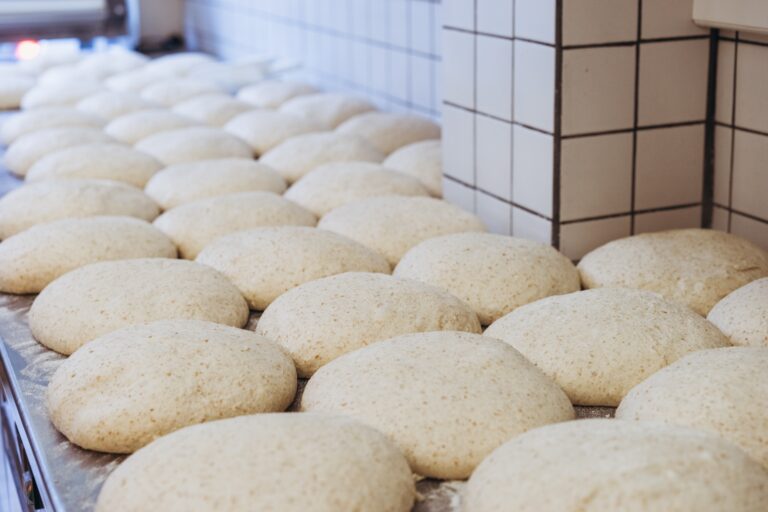