Even though andouille sausage and kielbasa are popular in the U.S., not many people are aware of the differences between them.

Kielbasa is available in supermarkets under the name “Kielbasa Polska.” Andouille sausage is also popular in Louisiana.

The most noticeable difference between these two sausages is that Andouille

They both have a firm texture, and Kielbasa is typically made with a more flavorful casing.

I will talk about the similarities and differences between the two popular types of meat.

Continue reading if you don’t know which sausage to choose for your next barbecue or if you are a sausage lover.

What Is an Andouille Sausage?

The hot dog is popular in some places, but Andouille might be the next hot dog. Even though it has a French name, it owes at least some of its origins to Germany.

The item arrived in the U.S. Creole and Cajun cuisine have influenced it since German immigrants arrived.

However, today, the U.S. The sausage does not have the same resemblance to its French and German ancestors.

Pork, garlic, pepper, onions, wine, and seasoning inside a pork casing are the primary ingredients in andouille sausage.

It is often brown on the outside and pink on the inside and has a unique smoky odor. The smoked Boston shoulder roast is the main source of pork.

The sausage is usually moderately spicy and smokey, but it can be said that the taste varies depending on the ingredients.

The type of wood used for smoking affects the flavor. If you want that authentic andouille flavor, you will have to smoke your sausages.

After being smoked, andouille sausages should be kept in the fridge for about a week.

The sausages are cooked so you will be warming them rather than cooking them once you decide to use them.

Sausage is usually added to dishes for its flavor but is rarely eaten by itself. The flavors of gumbos, beans, and a variety of other foods all benefit from this.

What Is Kielbasa Sausage?

It is an essential part of Polish gastronomy to have a type of Polish sausage called kielbasa.

Kielbasa is synonymous with Poland, but it doesn’t relate to a particular variety of sausage. kielbasa is a Polish word and it applies to all sausages.

It can be stuffed with many different types of meat. Some kielbasa is raw, while others are smoked, and the meat can be flavored with herbs, spices, or other seasonings.

Natural spices like garlic, marjoram, black and white pepper, and salt are used as well.

The forms of kielbasa that have been smoked and cured are referred to as hunter’s sausages because of their resistance to spoiling.

It became a part of the Polish tradition because of that and the low price.

Kielbasa has a typical sausage taste, consisting of soft meat that has been salted or flavored and packed securely in a casing.

The seasoning elements used in a specific type of sausage will give the meat a better taste.

The flavor characteristics of the wood used for smoking will be picked by the smoked sausages.

Similarities Between Andouille Sausage and Kielbasa

One similarity is that both sausages have been around for a long time.

Andouille sausage originated from Germany and France, came to America, and was influenced by Louisiana’s Cajun and Creole cultures before it became a regional specialty.

Kielbasa has been a part of Polish tradition for hundreds of years, and now it has become a worldwide trademark of Poland.

There are many different varieties of both sausages. It is possible to add different spices, onions, and even different meat combinations.

This result has a variety of flavors, especially if the sausages are smoked. Pork is used as the main ingredient in both sausages.

Sausages are usually stuffed with pork, even if the stuffing can vary depending on the region.

Differences Between Andouille Sausage and Kielbasa?

Kielbasa can be slightly spicy depending on the ingredients, but it is typically not.

Another difference is that andouille sausage is usually added to another meal because of its flavor.

This is because the sausage is already cooked.

There is a final difference in the preparation. Just reheated andouille sausage shouldn’t be cooked after smoking.

It can be cooked, grilled, or fried and served cold. This time, it’s because the sausage can be smoked, but not necessarily.

The andouille sausage has an intense smokey flavor and is the right choice if you are looking for something spicy.

If you like a more mild, delicate sausage taste that can be prepared and eaten in a variety of ways, then you should give kielbasa a try.

They can be replaced for one other in a variety of cases, but there are some differences to note. 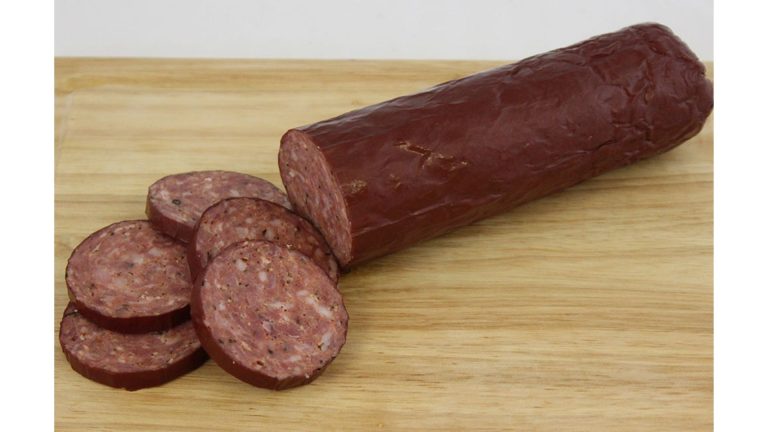 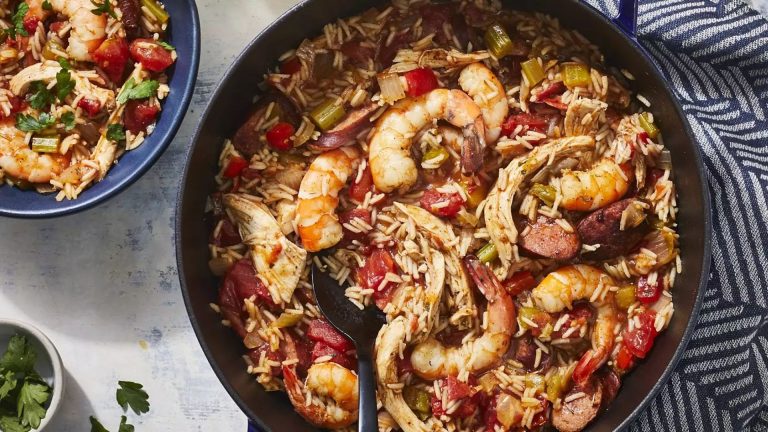 It is possible to make smoked sausage into several different things. It is popular because of its unique flavor, extended shelf life, and an overabundance of recipes to use. Use it in any type of recipe that calls for sausage. Add it to breakfast burritos, sandwiches, pasta dishes, chili, etc. It works especially well with… 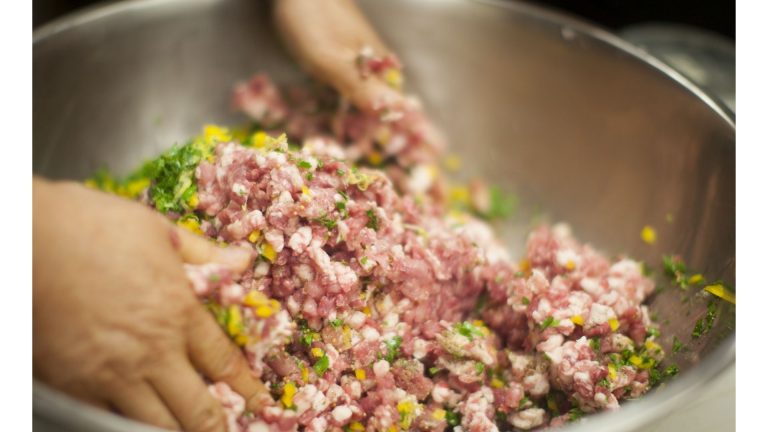 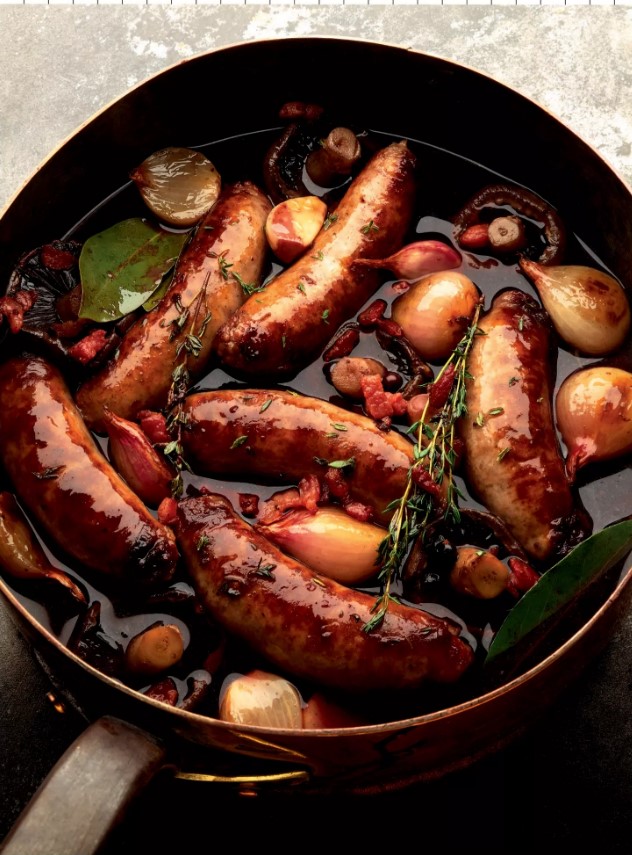 It can be challenging to make venison sausage during the summer. Maybe you don’t know how much pork to add because you want to do everything just right. Pork makes up a large percentage of a summer sausage but venison doesn’t necessarily make up as much of the meat like pork, which can vary depending… 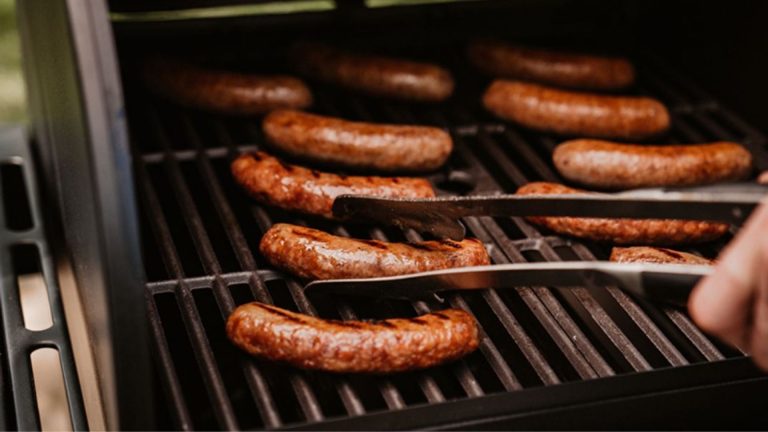 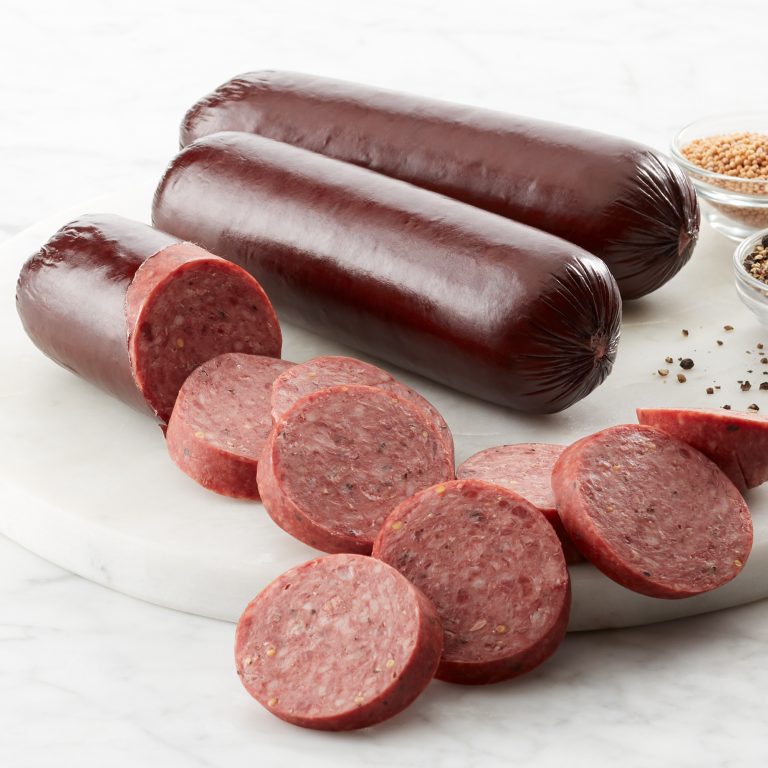 One of the best food choices is meat, but it can also go bad very fast. It is possible to minimize this concern by buying summer sausages. The curing process of summer sausages makes them last longer than other sausages, giving you a delicious meal for a long time. Summer sausage can be enjoyed all…